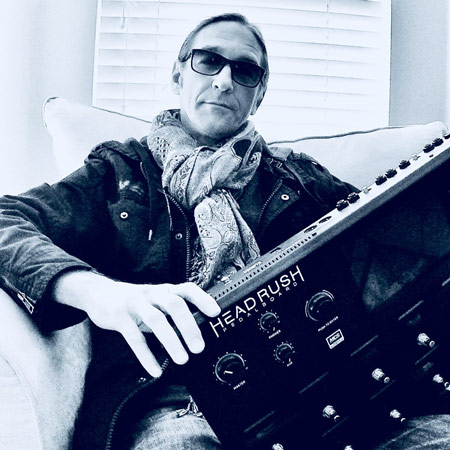 "I like to record my ideas as I write them, and the HeadRush Pedalboard gets me to the right amps, cabs and effects instantly and with world class results. I’ve been using it in my studio for bass and guitar on everything I’ve done since I got it."

Co-wrote all songs, played lead guitar, and sang backing vocals on the 2017 album, “Smoke On This“ - Rex Brown of Pantera’s solo debut album.

Performed vocals on, “Junkhead”, an Alice In Chains cover for the upcoming 2018 solo debut album release from Glen Drover (former guitarist of Megadeth). The album features a variety of industry vocalists from bands like Testament, Queensryche, and others.