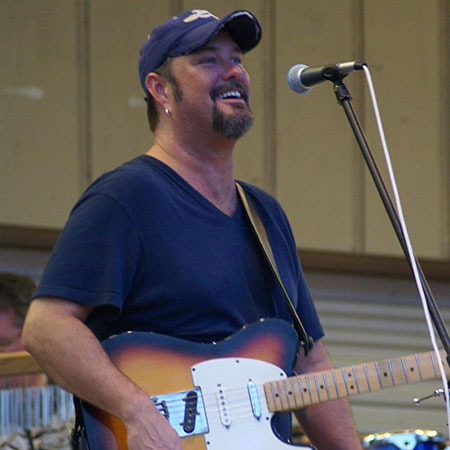 "I have been chasing my tone tail for years. I was in a sea of pedals to no avail. The HEADRUSH is everything I’ve been looking for in tone and extremely user friendly . It covers all sounds, bells and whistle’s that I need for all the different Artists I play for. Thank you Brian Davitt and Kimo Forrest for turning me on to it. It rocks in a Country sort of way."

Show Producer and Nashville, TN native Link Detten has performed for multitudes of Fans all over the U.S. and Canada for close to 4 decades... He has had an amazing career touring and playing with a plethora of incredible Artists making appearances as both a Solo artist and ensemble member of orchestra size bands appearing in venues as intimate as the World Famous Grand Ole' Opry Stage and Festivals with crowds totaling thousands in attendance...

Completely dedicated to his craft, Link Detten has made a vow to play wherever he is sent to entertain, and in his own words "he's been blessed" to have each and every opportunity that has come his way to play for everyone that has taken time to listen and be a part of each and every one of his performances.